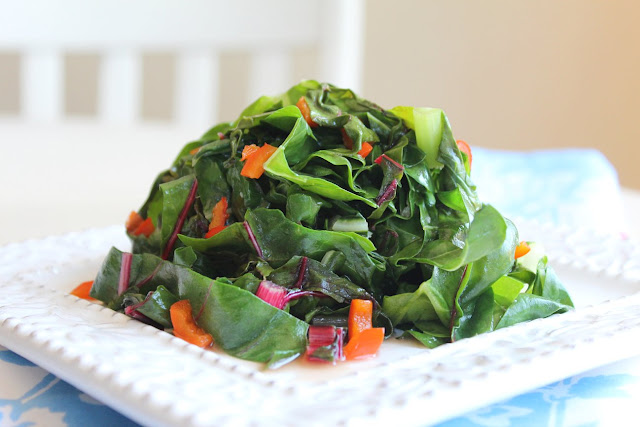 Why don't I eat more Swiss chard?  I've asked myself that question many times and it usually boils down to texture for me.  I've had way too many overcooked and soggy lifeless greens over the years.

My mom is a great cook, but growing up she made us eat Swiss chard often and I do mean often.  It was always prepared the same way and I really wanted to banish it from my life completely as an adult.  I didn't want my kids to loathe Swiss chard, so I've tried to make it more appealing.  If they hate it, I probably won't hear about it until they are adults and we are all sitting around the holiday table.  Things like this have a way of surfacing themselves on such occasions.

I found a beautiful bouquet of Swiss chard at the farm stand; it was just begging to be brought home. 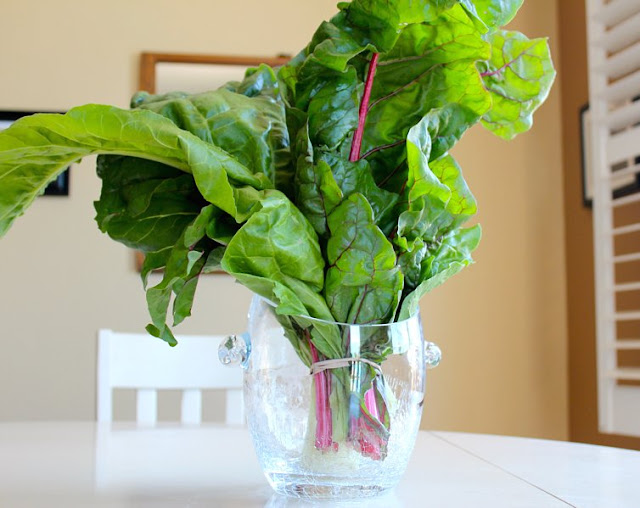 Wash the Swiss chard very well and shake to get off the excess water.  Roll the leaves together and cut into 1/2" strips.  I don't like to use the stems; I will save them for something else like soup.﻿

Heat a non-stick skillet to medium heat and add the olive oil.  Add the diced cubanelle and cook for 3-4 minutes, just until starting to soften.  I used the cubanelle for a little heat; a red bell pepper would be a good substitute if you don't want the heat.

Add the vinegar, honey and a pinch of salt to the pan, stir to combine.  Add all the Swiss chard, just pile it in the pan and toss with some tongs to coat with the honey vinegar.  Only cook for 1-2 minutes until the greens start to wilt.

Serve immediately.  I did refrigerate some of the leftover and it was very good cold too. 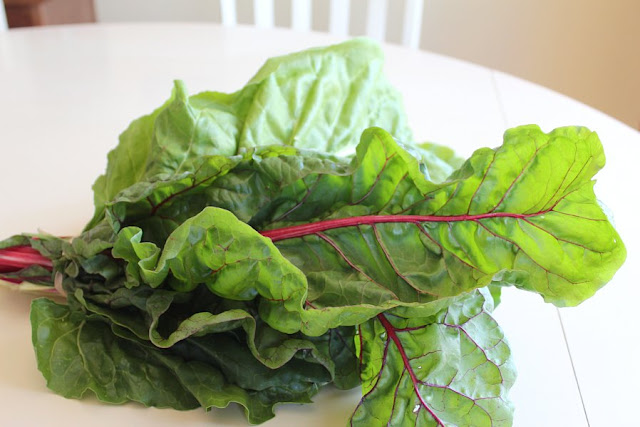 In general it's never a good idea to say anything negative about an Italian Mothers' cooking, because you will hear things like; "Fine, I'm never cooking again" or "My chest hearts, hearing that".

Besides it will never get back to my mom that I think my Swiss chard is better than hers, I have four siblings I can blame it on.  Deflect and distract, it's a survival strategy you must learn growing up in a large household.

If Swiss chard isn't your thing how about Stuffed Cubanelles.