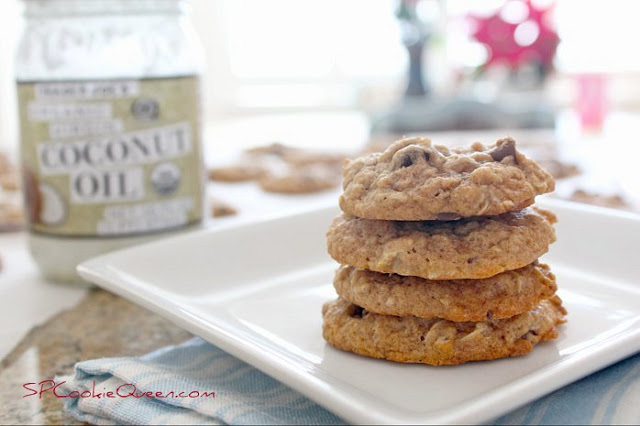 I know it's hard to believe, but we were out of baked goods around here yesterday.  After dealing with the shame of being baked-good-less; I scoured the pantry looking for a little inspiration.  Staring back at me was a jar of coconut oil I bought before the holidays just languishing away.

I've been wanting to make something with it for months, but had other recipe priorities.  I did a little research so I could decide what would be the best use for it.  I found a cookie recipe on a blog I thought was perfect.  Whipped up a batch of them and would have thrown the whole batch out had it not been for Hot Dog Dude offering to take them off my hands.  People should probably quit giving me ammunition (I mean material) for my book.

I might go so far as to call these cookies healthy.  The coconut oil replaces the traditionally called for shortening and leaves them with a nice soft texture.  I used all brown sugar for a little extra flavor.  There is a faint coconut flavor from the oil and the oatmeal adds a nice chewy texture.

Makes about 48 depending on size. 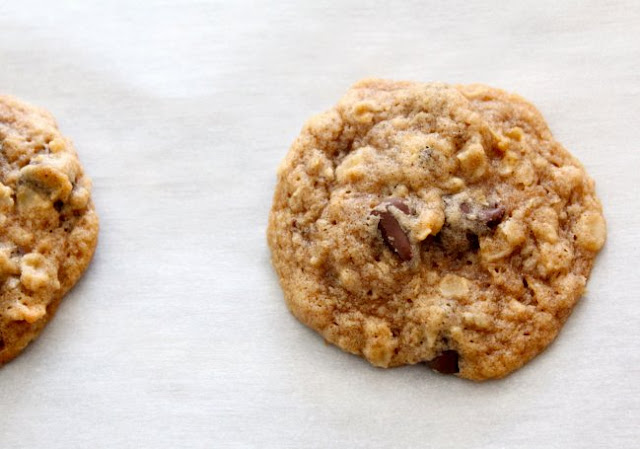 Have any of you tried coconut oil and do you have a favorite way to use it?  I'm vowing to no longer ignore my jar of coconut oil or end up baked-good-less again.