One of the things I’ve been focusing on this year is flexibility. Adapting faster and letting worries fall away quicker. I’m nowhere near mastering any of these things, but I feel like I’ve at least taken strides. Last year I knew that our 25th wedding anniversary was fast approaching and I knew exactly how I wanted to celebrate it. 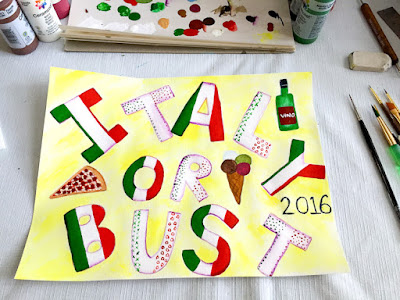 Sometimes though our plans and our budgets don't exist on the same plane.  A decision was made that just hanging out surrounded by nature and our two favorite four-legged friends would make us the happiest.  We rented an RV from a local rental place and headed out of California, drove through Nevada and headed for Utah and Arizona.  We spent 10 days driving and hiking sun up to sunset at Zion, Bryce, Grand Canyon, Arches, and Canyonlands Needles & Island in the Sky.  Imagine our delight when we pulled up to the gate at Zion and they told us that all the National Parks were free for the week in celebration of their 100th anniversary.  (I believe it is the equivalent of winning the money challenged folks lottery!  Yes!!)

Things have changed so fast and in so many ways around here in the last year, one of those changes has been the demand on my time.  I still scratch my head at the thought that soon we can call ourselves empty nesters.  Our youngest decided at the end of last year that she was ready to take on the world.   I’m still not sure if the world is ready for her, but I’m working on reconciling that one. Our oldest still lives here a few hours a week when she isn’t working or with her boyfriend.  So it’s just the two of us most of the time.  And yet we hadn’t really embraced our new status nor made any plans for filling the next 25 years. Just thinking that far in advance puts me into a cold sweat. 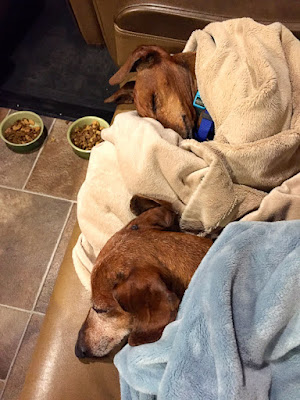 (At least I'm pretty sure these two will never move out since we've made them way too comfortable.  Although Ted is still a little peeved at us for bringing him and his brother to a Doggy Dude Ranch some of the days we hiked.)

I knew while snapping away with my camera that pictures could never do justice to what I was experiencing. The past was all around me, I spent the days not only hiking to see what was around every bend, but daydreaming about all of those who had come before me.  I’ve heard people describe being in the parks as a transcendent experience and it’s true.  I felt it and I also feel that I didn’t have nearly enough time in them. The parks we visited provided such a wonderful sense of solitude, there were so many quiet moments where I found myself completely lost, and I absolutely loved it. 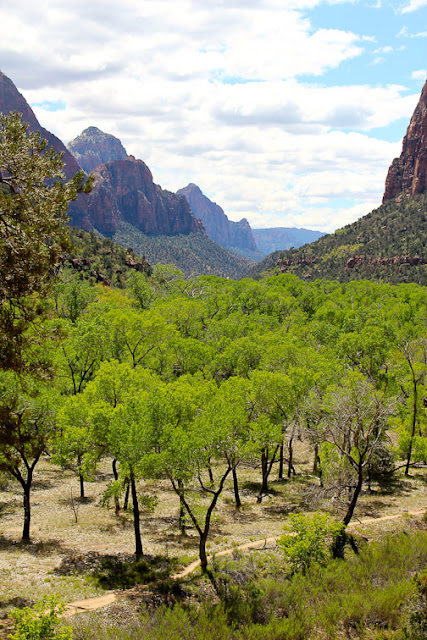 We would have to put hiking Zion National Park as one of our top favorites of all time, the landscape variation was incredible, there were so many different ways to view the elevations.  We hiked bottom of the canyon, middle canyon, and some upper fall areas, but unfortunately couldn't hike the narrows because of flash flood warnings.  My first impression was disbelief at just how much color and foliage was on display, not to mention the impressive canyon walls. 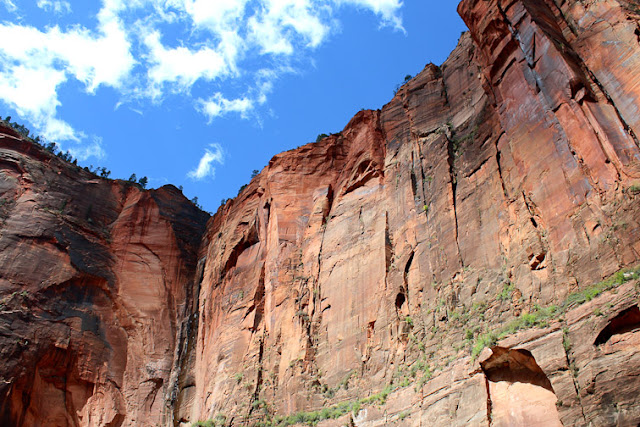 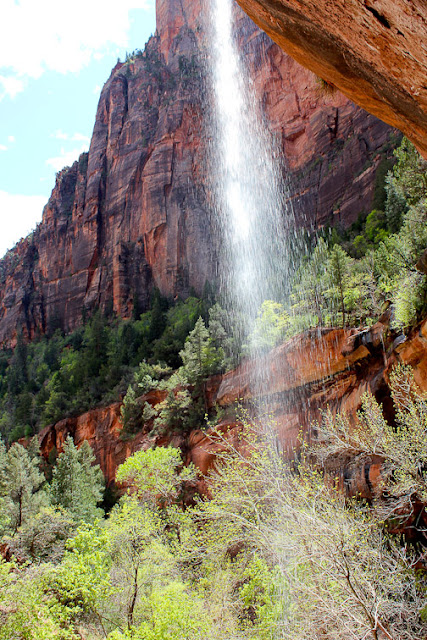 It was such a joy to be able to hike right underneath the falls and feel the spray kissing your face. 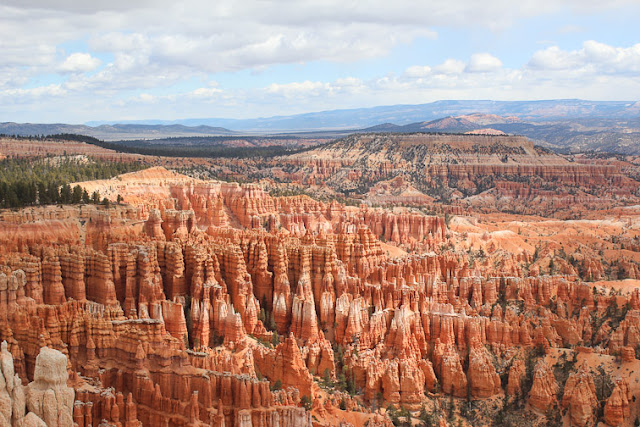 Bryce National Park was another favorite hike.  The night we arrived there were snowflakes falling on the ground, glad we had extra jackets with us.  We took a shuttle to the upper rim and hiked about half way down and then went on a trail leading us to the canyon floor.  It was a nice gradual downhill, but about half way back up I thought I was going to lose Hot Dog Dude.  I told him no way I was towing him back up. 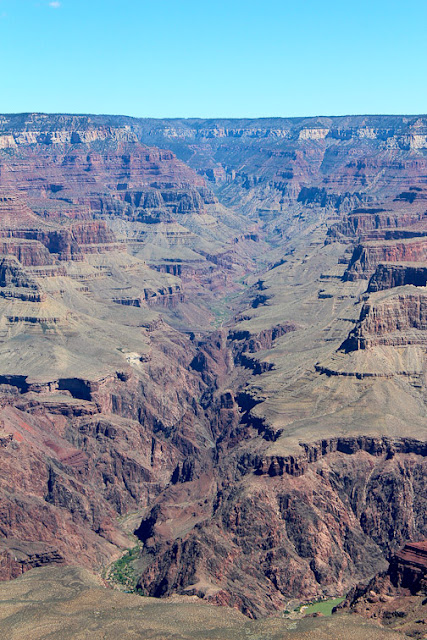 The Grand Canyon, I think the name pretty much says it all.  We arrived there our first evening at sunset and walked a little bit of the rim trail, it was eerily quite and sublime.  We went back the next day hoping to take a trail down into the canyon, but since I tried to kill Hot Dog Dude the day before (his words, not mine) we settled on rim trails.  I loved our rim trail hike, but the crowds during the day were big, the shuttle buses were packed, and slow was an understatement.  It took us an hour and a half to get back to where we parked at days end.  I felt we could have walked faster and probably would have had we not already covered many miles for the day. 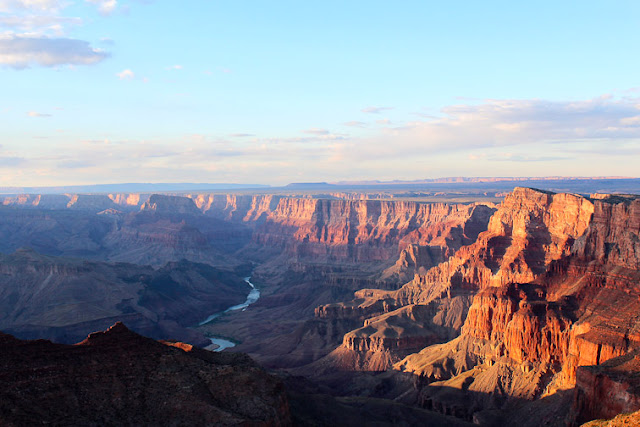 We drove to Sedona the next day after leaving the Grand Canyon and were so disappointed when we found the trail parking lots full and the downtown overtaken by tour buses.  We couldn't find a spot to park anywhere. We wanted to at least enjoy a nice lunch in Sedona, but had to settle for a sandwich while plotting where to go next.  Sedona while beautiful was too Disneyland for our taste.  That is when I told Hot Dog Dude, "We messed up, I want to see more of Utah, and can we go back"?  He replied, "Let's go"!  We hit the road and drove hundreds more miles without stopping.  Way to kill the day, but live and learn. 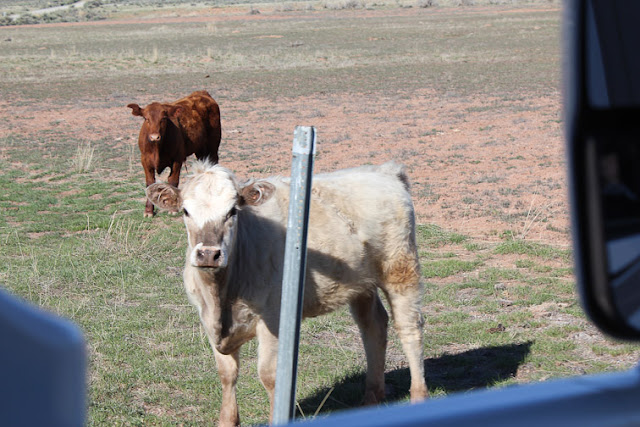 We spent the night in a small town called Monticello, got an early morning start and headed to Canyonlands Needles where the cutest welcoming committee greeted us.  My best advice to you for being in such remote locations with spotty cell and internet service is that a road atlas is your best friend, it saved us from the "we need directions argument" many times. 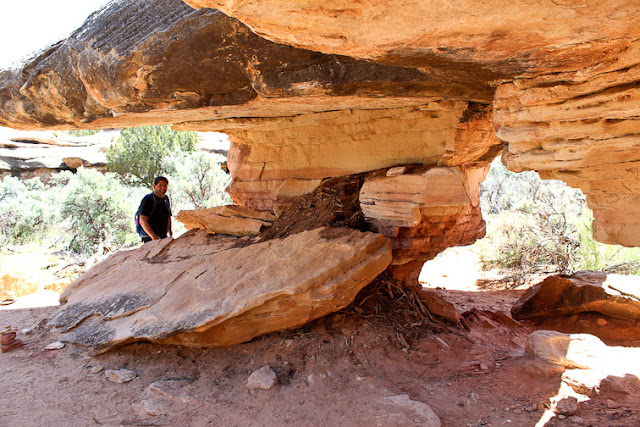 Driving into Canyonlands was not only beautiful, but watching the rock climbers scale the buttes was awe-inspiring.  We enjoyed hiking the mostly primitive trails to see some pueblo ruins, and even petroglyphs. 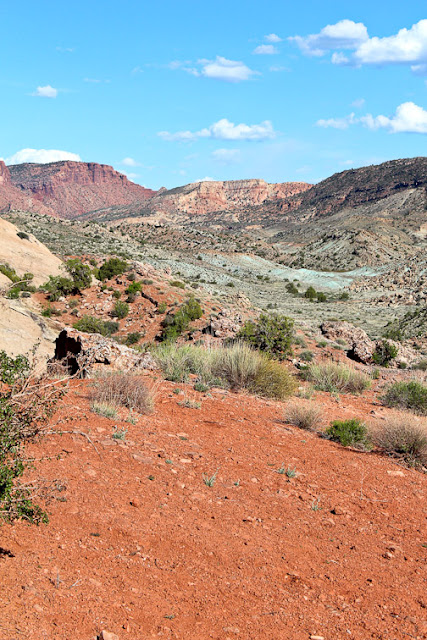 We also stayed in the town of Moab, which has great access to Canyonlands and Arches.  It's four-wheel country up there and so much of the canyons can only be reached by off-road vehicles.  We spent most of our time on foot, but next time plan to rent an off-road vehicle in town so we can see more of the canyons.  There is something about finding a little bright spot in a desert landscape that is so enjoyable. 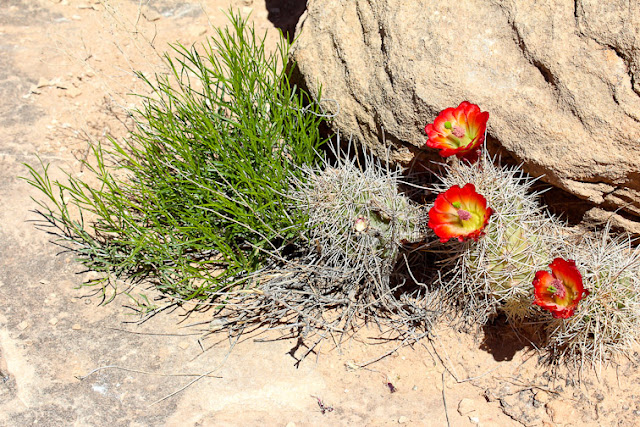 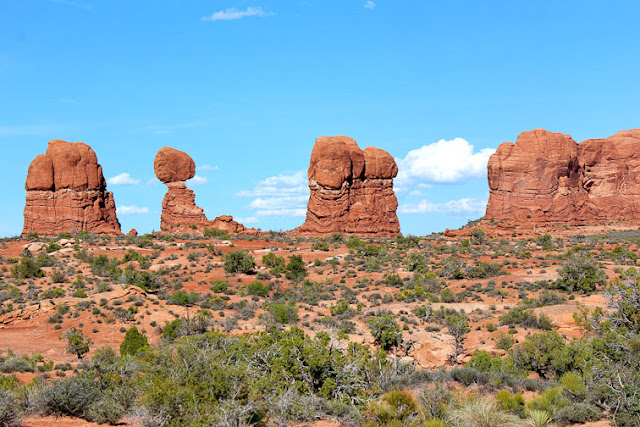 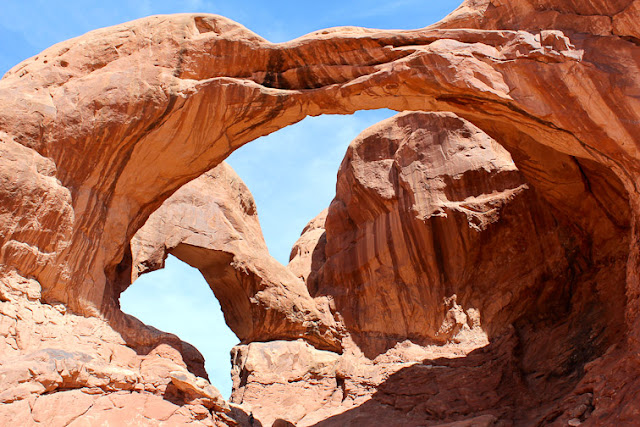 Arches National Park was another of our top favorites, the park while busy was so spread out and when out on trails we definitely got the sense of being the only ones out there.  Doesn't the photo below look like two turtles smooching?  Must have been the romantic sunset we were experiencing. 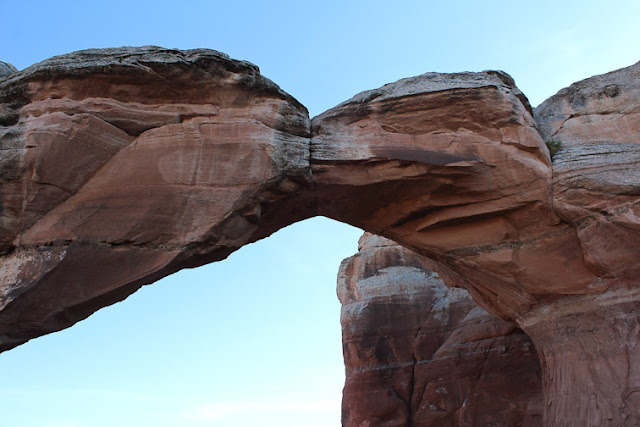 Museums, pizza, wine, and gelato in Italy are still on my one-day list.  Soothing my soul in nature for 10 unscheduled days of peace, beauty and relaxation are crossed off my bucket list, at least for the moment. 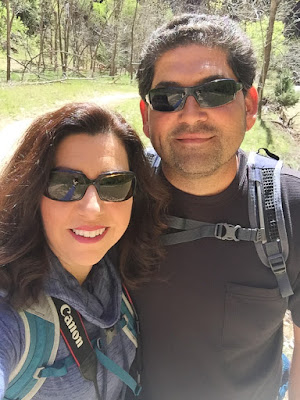