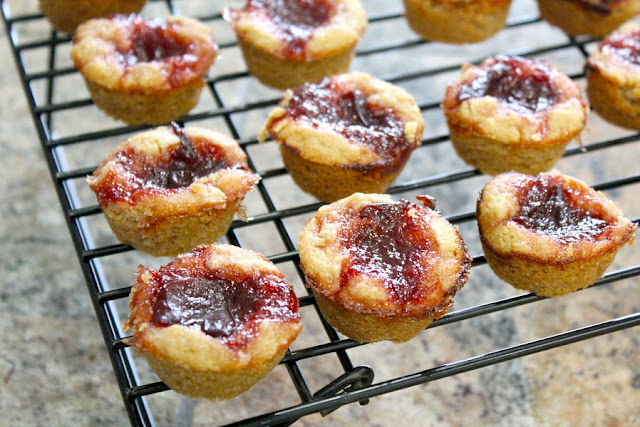 My daughter has a favorite saying, "That's doing too much!"  It never fails, I will be watching her do something and offer up a suggestion such as, "You know if you just..."  First of all I really should know better by now than to even go there.  You see my daughter is a teenager and of course she knows how to do everything and even if she doesn't she isn't open to suggestions (although that never deters me from offering them).  She has a fierce determination to do and solve things in her own way and time. Leaving me waiting on the sidelines hoping to jump in, help, fix things, but more often than not just left there to offer an encouraging word if things don't work out as planned.

On rare occasion though the clouds part and something thrown out there into their universe is accepted and even welcomed.  A couple of days ago I threw out the suggestion to make something with peanut butter. She welcomed the idea with open arms, I felt much better also because a few days earlier she had proclaimed my Meyer Lemon Cream Scones with Lemon Curd, Strawberries, and Whip Cream were, "Doing too much!"

As I changed the dates on my calendar this morning to February I was left with the sense that maybe I have been "doing too much".  January was a blur, wasn't it just Christmas?  I've been working a lot more, attending night school, and trying to make sure we still have clean underwear to wear.  The thought of taking a long protracted break from writing seems better and better, but I also know that as time goes by so does the chances I'll come back to it.  At the moment my brain hurts, luckily for me the hardest thing about these bites was deciding which flavor of jelly to use.

Line a 24-cup mini muffin pan with liners.  I sprayed mine with no-stick spray but had to use a knife to get them out and wouldn't recommend that.  Save yourself the trouble and use the mini pan liners.

Divide the batter between the cups.  Add about 2 teaspoons of jelly to the top of the batter in each cup, you can also do it the other way around and add the jelly to the bottom and the batter on top for a different effect.  I used Santa Rosa Plum Jam that I had been hoarding since making it with friends at a jam party.  I have to say the tart plum jam was such a nice contrast to the peanut butter. 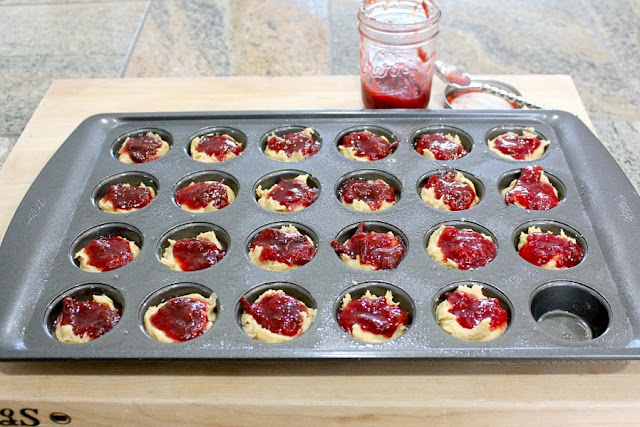