While I've resigned myself to working a desk job and moonlighting as a blogging superhero from time to time, my true calling I always thought was to become a neuroscientist. I’m much too lazy to go back to school and put in all those years of hard work at this point in my life, but that is just a minor little stumbling block if you ask me.

E-mailing all those random neuroscientists I found in the directory I stumbled upon when left alone and unattended in the administrative offices of Harvard paid off big time. Trust me just by adding a few extra letters after your name and talking carefully crafted geeky brainy speak to these scientists you are golden.

I have been studying the phenomenon (or Urban Myth if you will) that “when one of your senses becomes impaired another will overcompensate”. I am well respected in the blogging community and have been published many times in medical journal thing-a-ma-jigs. I was wondering if you have any spare tissue or body parts lying around I could put through some extensive clinical trials. Also I make some mighty tasty cookies if I do say so myself and would be more than willing to add you to my exclusive Christmas cookie distribution list.

I hope you guys know that letter worked like a charm and the other day I gave myself a high five and then some on the side when I opened this package. 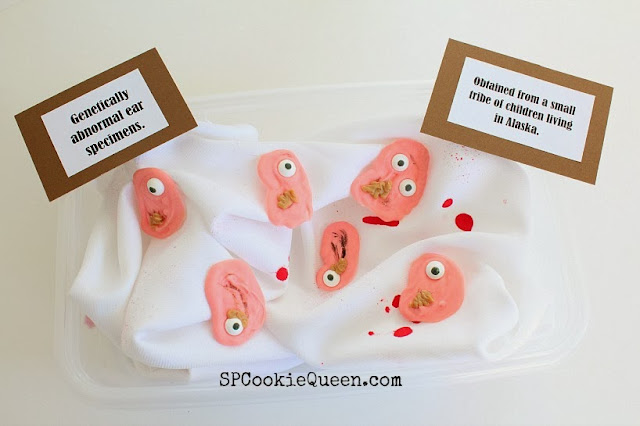 Trust me I put these oddities through some rigorous tests before coming to any firm scientific conclusions.

First I gave them the old sniff test and they smelled a bit of old socks, belly button lint, and a faint aroma of peanut butter. Wrote in my journal: “Smells weird, but for some reason I feel like I need to smell them a few more times before I can jump to any conclusions.”

Then I gave one a nice sized taste test. Crunchy, yes definitely crunchy and that peanut flavor was really hitting the back of my palate. Wrote in my journal: “Tastes strangely like artificial flavoring and food coloring with a peanut butter aftertaste, yet I want to go back for more...”

Finally I decided I would do a clinical trial with a few random test subjects. I found individuals off the street, which I felt matched up closely to the samples I already had, plus one thrown in for Control purposes. 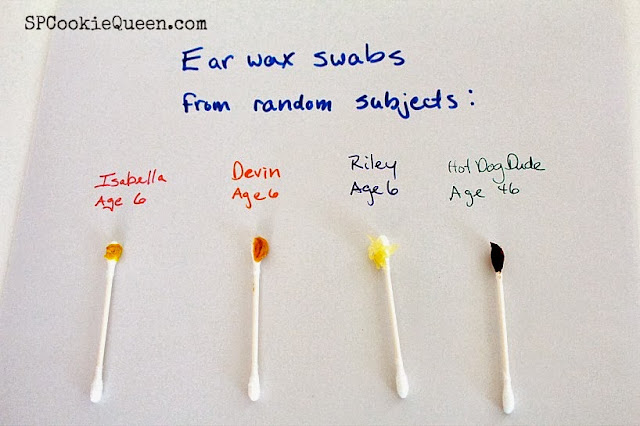 Wrote in my journal the following observations:

Subject Isabella’s sample seems to resemble mustard, not that far off from normal.
Subject Devin’s sample oddly is the color of peanut butter, questionable but not completely freaked out by it.
Subject Riley’s sample is the consistency of spaghetti squash, will keep this one under advisement.
Subject Hot Dog Dude’s sample is disgustingly similar to chocolate (sending him a jumbo sized box of Q-tips post haste and somehow feel compelled that I should also do a taste analysis on this sample).

After finishing all my testing I felt confident in writing the following conclusion that will probably be published soon in all the big medical journal things.

The samples of the (pink Wilton candy melt) ears from children in a small tribe of children in Alaska became genetically altered when their lack of ear hygiene caused an excess of ear wax (peanut butter) to build up resulting in complete hearing loss and the eyes jumped in and overcompensated by causing a third (googley candy) eye to grow in the ear.

My recommendation: That the Q-tip people do more aggressive marketing to the parents of remote Alaskan villages.

My warning to children everywhere, if you don’t clean your ears you are going to grow a third eye in them. Eewww. 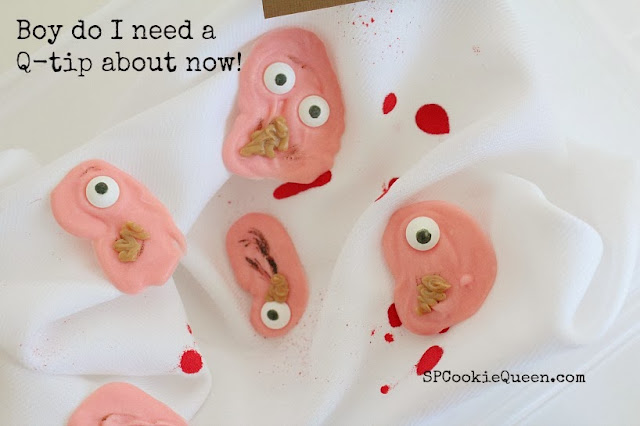 My work here is done people.